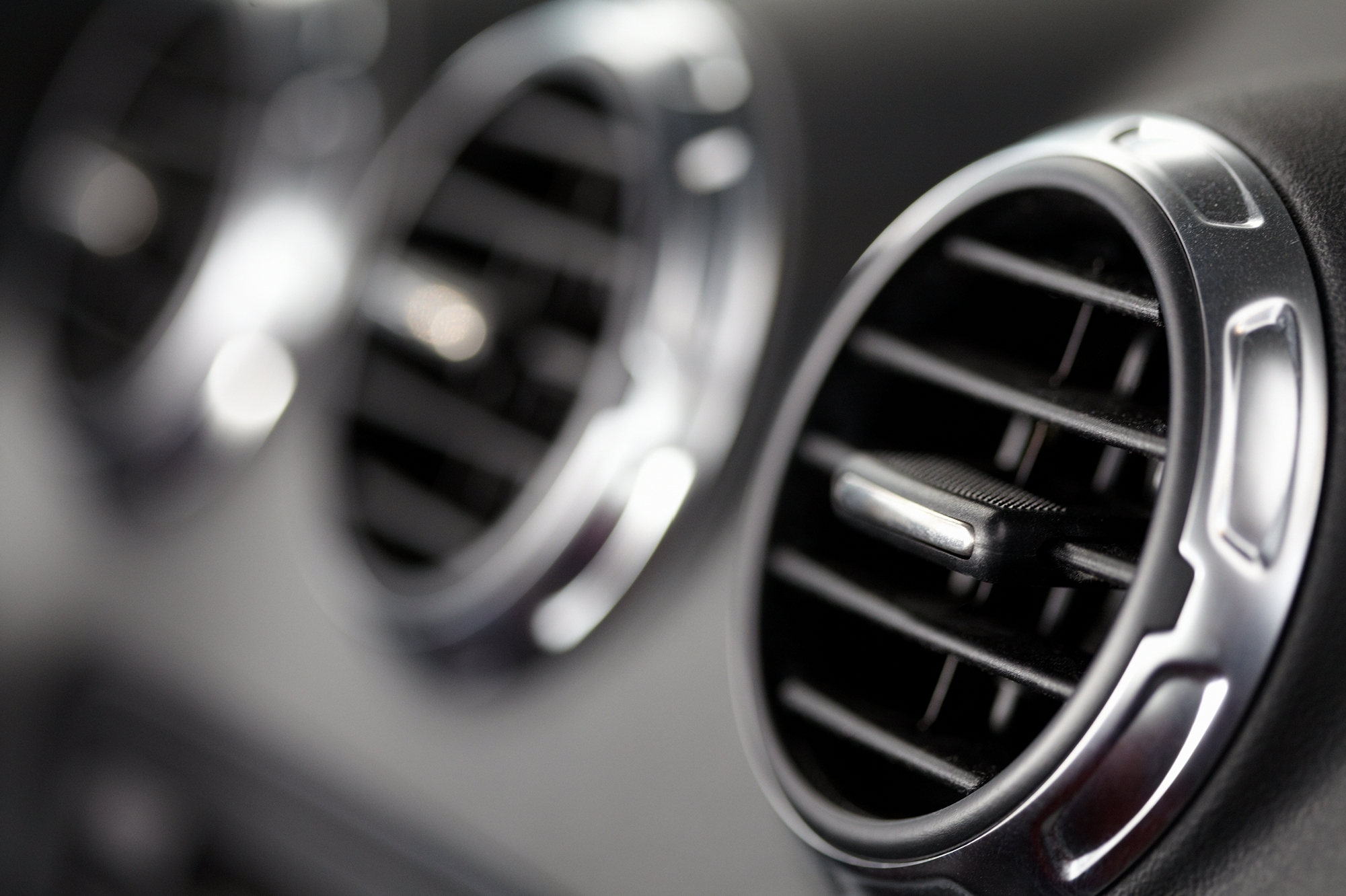 1. Odd smells coming from the air conditioning may be caused by a build up of bacteria.

As your car becomes older, or when the air conditioning system is used infrequently, bacteria, micro-organisms, mold and fungi may start growing, just behind the dash panel on the evaporator causing some very unpleasant odours. Some even claim this can result in headaches and flu like symptom sometimes referred to as “sick car syndrome.” This problem can be solved by using an anti-bacterial treatment that destroys the bacteria growth and leaves your car smelling fresh again.

2. If you car does not feel cold enough, then you may need to recharge your system.

If you feel that your car doesn’t feel as cold as your friend’s car, then your system may need servicing. The air conditioning system in your vehicle is not usually covered by most manufacturers servicing schedules and the refrigerant gas that is used to operate the system depletes over time. On average most vehicles lose up to 15% per annum. This leakage can be caused when then system is not used during the winter months. Thus allowing the small “O” ring seals to dry out resulting in a gradual deterioration in system performance. If this continues, eventually the system will not be able to operate at all.

Most problems of this type can be put right fairly easily by a leak check of your system which involves a dye being pumped into the air conditioning system, followed by a complete refill of your air conditioning refrigerant, this is sometimes referred to as a re-gas.

3. Running your air conditioning all year round will help maintain the system.

If you run the air conditioning in the winter it will help to keep the system well lubricated and leak proof. This is because the refrigerant actually carries the oil that lubricates the system and most importantly the compressor. It also keeps the seals and hoses moist, thus preventing them from drying out and cracking which can lead to leaks. Also the air conditioning dries the air, which makes it much better for de-misting.

4. Strange noises coming from the air conditioning should be attended to immediately.

If your air-con system suddenly starts making noises you have not heard before it is very advisable to have a qualified vehicle air conditioning specialist to have a look at it.  Some noises could be early symptoms of a compressor failure (the compressor is the air conditioning pump).The compressor is usually the most expensive part on the system ranging from approximately £230 to £600+ and if the bearings in your compressor break down or if the compressor seizes up it also means that other components can become contaminated with metal particles A flush of the system would then be needed as well as replacement of the compressor, the receiver/drier and the expansion valve.

5. Don’t worry if you see a pool of water forming under your car.

After using the A/C If you see a puddle of water on the ground, usually under the passenger area don’t worry. This is a normal feature of the system as it is only water dripping from the air conditioning evaporator. The evaporator has a drain tube fitted to allow thcondensation from the evaporator to drain away from the vehicle.

6. Excessive moisture inside the car can be fixed easily.

Sometimes the drain tube from the evaporator may become blocked or detached allowing the condensation to build up inside the evaporator. If this occurs water will just build up inside your car to a point where there are damp carpets or misting / high humidity type problems. These problems can be solved with low-cost servicing.

7. Have your air conditioning serviced regularly, even if there are no visible problems.

Just as the other systems of your car need servicing on a regular basis, the same is true for the air conditioning system. The compressor needs oil, or else it will seize up. The filter collects debris and moisture. If the filter becomes blocked, then the performance of the system will deteriorate and it can even quit working entirely. Normally the refrigerant gas in a car air conditioning system has to be recharged completely within four years from the manufacture date and thereafter every two to three years

At Richard T Moore’s we have fully qualified techinians, who can help assist with any of your air conditioning needs. Please contact for bookings on 02083671747